At the end of 2012, I joined a Finance team supporting the International TV Distribution sales group of a major entertainment company. As the year was coming to an end, Sales strongly voiced its frustration regarding the extremely manual and archaic sales tool that was available for sales forecasting. Their homegrown tool was created many years before, so no one from IT knew much about it to support any issues that were posed by the Sales team. Therefore, Finance would spend numerous hours trying to solve these issues based on past experiences or using their best judgment. It was clear a new sales forecasting tool had to be introduced, so we started to weigh the benefits of Salesforce sales forecasting!

In January 2013, the Finance team started testing Salesforce to go live by the end of Q1 of that same year, which everyone thought was very ambitious. Over the next three months, the Finance team worked very closely with both Sales and IT to make sure that Salesforce would address everyone’s needs to make efficiency key to the International TV Distribution team.

In the next couple of paragraphs, let’s walk through how Salesforce capabilities helped make sales forecasting so much more efficient and straightforward, allowing the Sales team to do less administrative work, and spend more time on the field closing deals.

Once the new year started, the Finance team prioritized testing the new system and worked with many different groups during all the testing phases.

Learn more in these related posts: Thanks to the collaboration of the aforementioned groups, Salesforce went live for the International TV Distribution team in March 2013! Sales and Finance rejoiced that Salesforce was more user friendly and came with a number of upgrades.

Now, let’s go over the main upgrades when using Salesforce instead of their homegrown sales tool, which they called “SalesTool.”

Homegrown Sales Forecasting: After the end of each month, Finance would manually override all the year-to-date actuals. Sometimes, the system would crash, losing all the information for minutes at a time. Additionally, if not done correctly, forecasting data could be lost, and the sales team would have to update certain lines manually (which caused much frustration for both the Sales and Finance teams).

Salesforce Sales Forecasting: After the month closed, actuals would automatically be updated – a pull was created so revenue could be pulled from CAFÉ (the internal ledger system) to Salesforce. Finance would review the numbers on a monthly basis, to ensure accuracy of totals and update any mapping issues (mostly related to new titles that had revenue for the first time in the current month). Sales and Finance could now rely on the revenue stored in Salesforce, and hours of work were reduced to minutes.

Homegrown Sales Forecasting: SalesTool could not calculate proper revenue recognition of currently running episodic television series (revenue recognized upon airing of new episodes). Sales forecasted the revenue of new shows based on their contractual dates instead of air dates, which caused large variances between the forecasts and actuals.

Homegrown Sales Forecasting: The Sales team would manually calculate the USD value for all contracts finalized in foreign exchange rates. These rates would not always align with the official ones used by the Accounting team to post actuals.

Salesforce Sales Forecasting: Salesforce would automatically calculate the USD values of contracts finalized in foreign exchange rate based on the official rates used by Accounting (which Finance would input into Salesforce twice a month). The sales forecast was then more aligned with actuals than when using SalesTool.

Homegrown Sales Forecasting: SalesTool data was not vetted; actuals were not tied to the ledger; there was no uniform naming convention; and historical actuals data could easily be overridden.

Salesforce Sales Forecasting: During the testing phase before the implementation in Q1 2013, historicals were tied to the ledger, a uniform naming convention was used on all shows and movies, and actuals could not be updated. Finance and Sales could easily use the data from Salesforce when preparing ad hoc requests from Corporate, the Studios, and internal groups.

By mid-2016, Salesforce wasn’t perfect, but there were so many advantages versus using their original SalesTool, which when speaking with prior team members, was created to be a short-term sales forecasting tool. Salesforce created so much efficiency within the Sales and Finance teams that this was integrated and used by different groups within the International TV Distribution division. By the time I left the company in 2015, Salesforce had become a strong, heavily utilized forecasting tool that allowed the Sales team to be more on the field and less in the office, which is the way it should be! 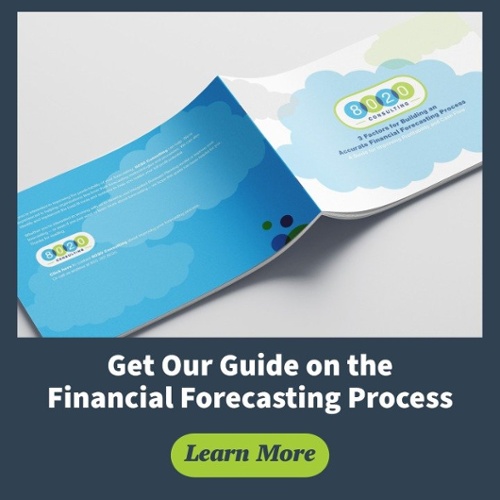 Lizzette has 9 years of finance and accounting experience in the entertainment and media distribution, consumer products, and pharmaceutical industries. She started her career at Deloitte and Touche in Downtown Los Angeles and then moved on to NBC Universal where she worked for 3 years in a financial analytical role for the International TV Distribution, Free & Basic group. In 2015, Lizzette moved to Fort Worth, Texas, and worked at Galderma (previously known as Nestle Skin Health) as a Cost Controller and Senior Financial Analyst for the Consumer business unit. She holds a Bachelors Degree of Science in Accounting from the University of Southern California.

How to Develop a 5-Year Strategic Financial Plan >