The perception is that the transition process is more complicated than it really is. Let’s address some myths, highlight some key differences between TM1 and PA and cover must-know facts for those taking the leap.

TM1 (pre-Planning Analytics) is made up of:

And users will most likely be using either Perspectives or TM1 Web.

It is important to note that these components continue to exist in Planning Analytics. So far, so good: the existing components are the same, and all we have is a new name. But let’s dig a little deeper.

The main reason for the upgrade is what IBM gives us on the server side.

REST API (synonymous with RESTful API) is an interface that two computer systems use to exchange information securely over the Internet. For example, to generate monthly pay slips, your internal accounts system must share data with your customer’s banking system to automate invoicing and communicate with an internal timesheet application.

The introduction of REST APIs in Planning Analytics brings a powerful tool that builds a bridge between Planning Analytics and Excel. This allows users/developers to programmatically perform automated data transfers between Excel worksheets and the TM1 Server and, even more so, enables automation and scheduling of various processes.

IBM Planning Analytics for Microsoft Excel, also known as “PAX” or “PAfE,” is the newest creation by IBM to leverage the REST API. It is a Microsoft Excel-based add-in that professional report writers can leverage to build reports using data sourced from the TM1 Server. PAX offers multi-dimensional analysis and exploration of large data sources within the familiar Excel environment.

Though PAX may seem similar to the older Perspectives, it contains some notable differences:

1. PAX is optimized for a Wide Area Network (WAN) environment.

Performance over the WAN environment is optimized with PAX, and it eliminates the need to use other tools such as Citrix or remote desktop to the server. PAX leverages the REST API to retrieve and write data to the cubes.

2. There’s no longer a need for DBRW formulas.

Those who are familiar with DBRW and DBS formulas may recall the frustrations of sharing Excel files containing these formulas with colleagues, only to later learn that the data does not pull through due to connectivity issues.

PAX has introduced a new report type called Quick Reports. These are view based and do not rely on the formulas to retrieve data from the TM1 cubes. So once a user refreshes the reports, there is no need to copy and paste values before sending to colleagues. Furthermore, there is also a handy Snapshot function, which allows the user to convert a report instantly to static report.

The SUBNM formula now triggers a dropdown list when a subset is defined, so the user does not have to edit the formula each time.

Users have the ability to add comments in both the Quick Report and the cube viewer modes. This eliminates the need to maintain a separate cube or measure to store commentary against any value.

Exploration views allow you to look at data in a similar view to Excel. Once the dimensions are imported and the rows and columns are populated, the user has the ability to create a private view that can be saved for later use or shared with other users.

Exploration views can also be used to manipulate data for faster and more efficient data analysis.

As we briefly covered above, Quick Reports are live reports that do not contain any DBRW formulas. These can be created from an exploration view once analysis is complete. The function also allows the users the ability to seamlessly share data with their teams.

A quick note on these reports: When created, system information for rows and columns are stored in name ranges.

What was previously referred to as Active Forms in Perspective is now known as Dynamic Reports in PAX. Most of the functionality is the same; however, there is a noticeable improvement in performance. Own Your Data: When to Consider a Multidimensional Database Platform Next, we come to IBM Planning Analytics Workspace, or “PAW,” which is one of the bigger changes. PAW is a web-based interface for IBM Cognos TM1 and brings along with it enhanced visualization of your TM1 data.

PAW allows you to analyze data and create new content using convenient drag-and-drop tools to build dashboards and reports. The tools are user friendly and easy to get started with upon first-time use. The content created via PAW can easily be shared with people within or outside the organization.

The concept of multiple distinct hierarchies as part of one dimension is a key feature introduced in Planning Analytics. All hierarchies share the overall set of leaf-level elements; each hierarchy has its own unique set of consolidated elements; and alternate hierarchies are typically based off attribute values associated to the leaf elements.

Traditional hierarchies in TM1 are roll-ups of dimension elements, which allows analysis by groups of elements. For example, a product dimension hierarchy might contain all products by category.

Planning Analytics allows for what is known as attribute-based hierarchies, which allows the user to create a brand-new dimension using the attributes already defined for each of the elements. In the above example of products by category, the user could create a new dimension of products, but this time call it product by attribute. This would contain all the original elements, but the hierarchy would be displayed as organized by attribute value instead. The use of attribute-based hierarchies diminishes the need for extra dimensions – resulting in smaller cubes, less memory consumption and better performance. This can be done on just about any dimension, and hierarchies can be added and removed from dimensions on the fly.

With the support for having (potentially many) alternate hierarchies, the hierarchy structures often are driven by attribute values. PAX allows the system to automatically maintain a hierarchy based on an attribute-based specification, which allows hierarchy updates whenever a source attribute values have been updated.

TM1 has a powerful rules editor, which allows users to create often complex business rules and apply it to the data during analysis. One of the complexities of writing rules in pre-Planning Analytics versions was the need for feeders, which are lines of code written to optimize these rules when dealing with very large data sets. The advantage of feeders is that they allow the analysis of big data sets to be performed quickly, and the main disadvantage is the complexity of feeders and problems associated with de-bugging them.

In terms of Cognos TM1 vs. Planning Analytics, we can see the numerous benefits of transitioning from TM1 to Planning Analytics. Alternative hierarchies and the reporting enhancements on PAX are a game changer for most experienced developers and super users.

Although the Planning Analytics is an entirely new name, the nuts and bolts of TM1 remain the same, and organizations should embrace this change to better enhance planning and analytical capabilities.

If you need support with improving your usage of systems, visit our financial systems consulting page for more information about how 8020 Consulting works with Clients in that capacity. Our team of 90+ accounting and finance consultants are available to drive or support key internal projects, and they can also offer interim financial management support if needed. If you’d like to learn more about the process of ERP implementations, you can also download our free guide: 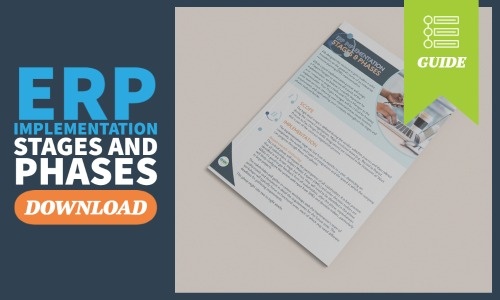 Kieran has extensive experience in FP&A and Process Improvement and has a strong technology background. He has deployed his skills in a wide range of industries including Asset Management, Automotive, Entertainment and Financial Services spanning across the retail, institutional and investment banking domains. He has expertise in budgeting and forecasting, financial modeling, process improvement, system implementation and data science, and he has worked for global organizations in multiple regions including the US, Asia Pacific and Australia. Kieran holds a bachelor’s degree in Applied Science with an Information Technology major from RMIT University and a master’s degree in Applied Commerce with a specialty in Business Systems from The University of Melbourne. A proper financial planning and analysis process results in faster decision making, the mitigation of revenue and cost risks and performance optimization for the entire organization. Upon entering an annual planning cycle, it is critical not to take for granted the obvious questions that can provide key insights to financial assumptions in your model. And more… View Article For strategic business planners, COVID provided many lessons as the ultimate stress test, bringing issues seemingly from all angles. The scale and length of the disruptions likely stretched many a business continuity plan beyond their limits in a very short amount of time. It is imperative that companies redefine the breadth of their planning to… View Article